Weston, Walkman and the Brands That Vanished This is post no. 23  for Blogchatter A2Z Writing Festival all of April. My blogging theme is The 80’s Child where I am reminiscing growing up in the 80’s India. You can read all the posts here

Branding is a hot word in the world of marketing. Crores are spent over creating and nurturing brands. Some brands attain a persona of their own, grow with their consumers through their life cycles and become integral part of their life stages, memories and sweet nostalgia. Then, there are some that fade away due to the onslaught of competition, sudden market upheavals and new technology turning a product category redundant. Many of the popular brands that we were loyal to back in the day, the brands we knew as we were growing up, brands we saw and heard on TV, radio and print do not exist today. Some of these brands we had a strong association with, a personal connection, we identified with certain attributes at a particular stage of life. They resonated with our feelings and emotions. Television made an entry in middle class drawing rooms in the early 80s. The first TV set that came home was Weston TV. Encased on a wooden box with a shutter, it occupied quite some space. The curved grey screen, antenna on rooftop, wires and knobs for changing channels, I was awestruck to see the round Doordarshan logo and tune. Many popular television brands of the time do not exist today. Salora, Dyanora, Beltek, Crown were the prominent ones. Today the television market is a competitive space dominated by international names, Samsung, LG, Sony and the like. Some of the popular brands from 80s diversified in other businesses and TV manufacturing remains a very small segment for them. Weston was the first in Indian market to sell colour television. Today the company makes electronic parts, appliances, energy units for bigger brands, along with a very small share in smart TV segment under their own brand name. In the 80s cameras were considered a prized possession. Middle class usually went to photo studios to get pictures clicked. Later people started buying personal cameras to record important occasions and for vacations. Kodak, Konica and Yashica were the most popular brands. Each home had a cupboard or a shelf dedicated to thick print albums lovingly dusted and opened when guests and family visited. The camera used a finite reel so one had to be careful to choose the best shot. Unimaginable for today’s click-away, a-selfie-a-second generation. Though the product category itself vanished, we still preserve ‘Kodak moments’ 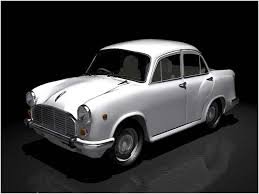 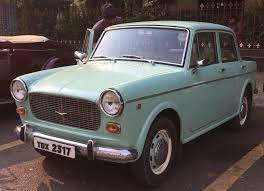 The might Ambassador car manufactured by Hindustan Motor Limited ruled the Indian roads for over sixty years. It came to be an icon associated with power and status, being used by government officials and politicians all over India. The shape of the car gave it a sturdy, solid, no nonsense look of the VIP. Ambassador enjoyed a monopolistic status till Premier Padmini entered the market with a petrol engine. Popularly known as Fiat, soon many celebrities started owning the car and it was seen in the movies too. The flat sleek body looked less bulky than the Ambassador, and was a hit on the Indian roads. In the late 80s Maruti introduced its first model Maruti 800, heralding a downturn for both Ambassador and Fiat. HMT Hindustan Machine and Tools was setup in 1960 in collaboration with Citizen, Japan. The first hand wound HMT batch was inaugurated by Prime Minister Jawahar Lal Nehru. The brand attained an iconic status with a variety of watches to suit every wrist and pocket, HMT Janata was one of the most popular ones. HMT enjoyed a near dominance till the 80s with the HMT name enjoying popularity and trust among users. HMT was considered an ideal gift for wedding and office retirement parties. Every youngster aspired to have one at graduation or upon getting a new job. Slowly watch making technology advanced and moved towards quartz watches, Tata Group forayed in this market with Titan. New design, slick technology and attractive advertising slowly took away HMT’s market share. HMT makes affordable, sturdy watches even today but the market has changed rapidly and the brand failed to keep pace. 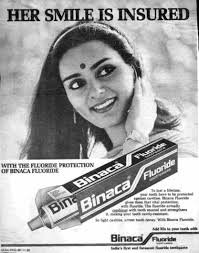 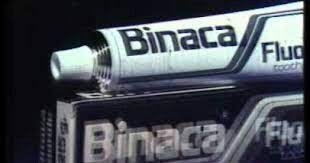 I remember radio jingles and print ads for toothpaste brands BInaca and Cibaca. Binaca became a household name due to its association with highly popular radio program Binaca Geetmala. Launched by Reckitt and Benckiser, Binaca brand was popular due to its association with radio music more than anything else. It was the preferred toothpaste before Colgate took over the market. The brand was bought by Ciba Geigy and name was changed to Cibaca. There was a patent issue as well between the two companies over the name. The brand lost its charm with heavy competition from other local and international entrants. Dalda used to be the market leader in edible oil for decades. The trademark blue plastic box with a navy blue lid and handle was used in every kitchen. Vanaspati that looked like ghee was way cheaper. The empty tin and plastic boxes were used for storage in every house. Such was the popularity of the brand that the name Dalda became synonymous with the product type. When healthier refined cooking oil versions appeared in the market, Dalda lost its standing and consumers totally moved away from hydrogenated oil consumption. Dalda later entered the refined oil market too, but the brand’s strong association with Vanaspati came in its way and it remained a marginal player.

Yesterday’s known names may be extinct today, yet the brand names and associations linger on forever in the minds of consumers.